« Forest of Sounds Mood for Food » 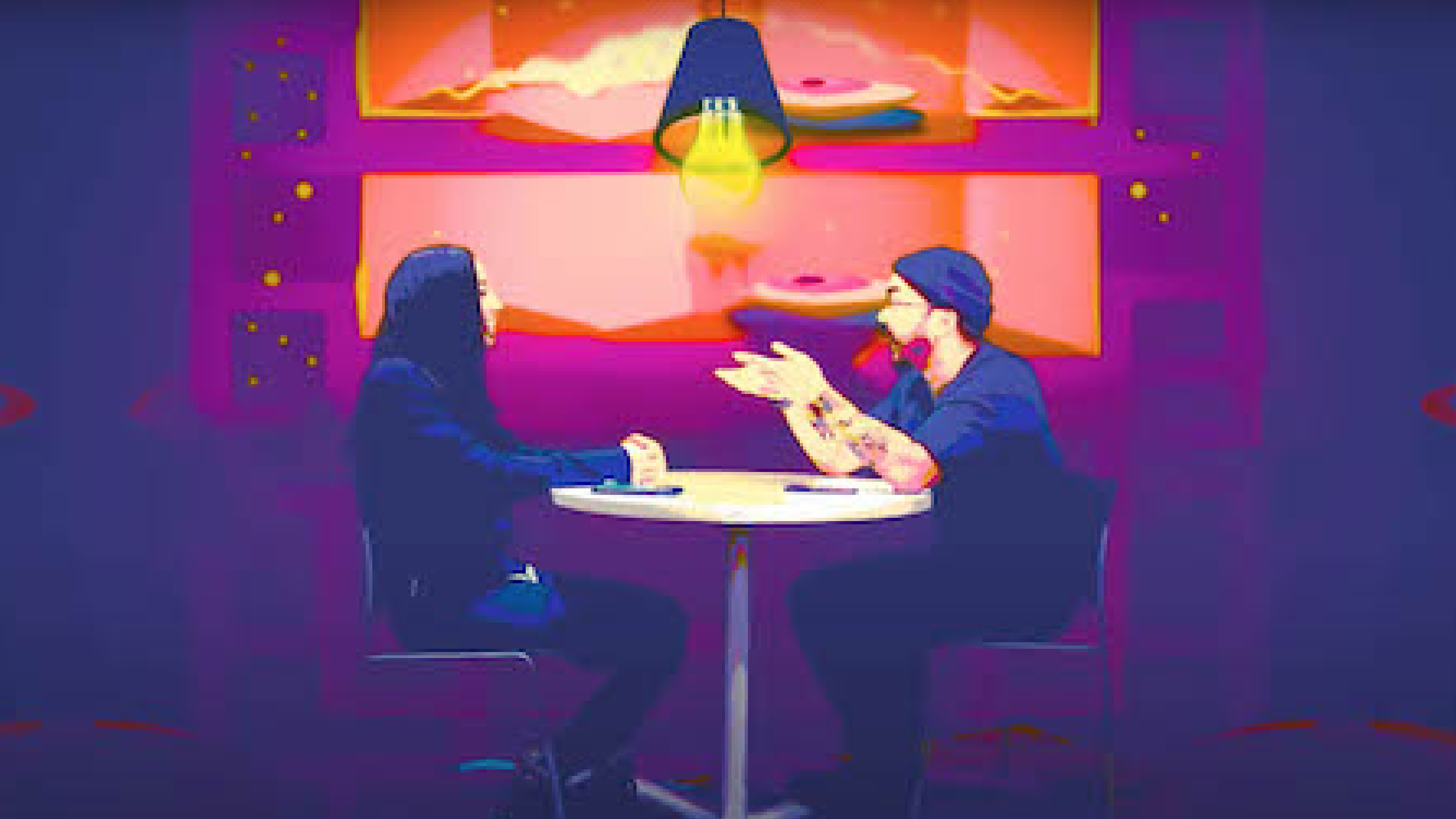 An interactive video installation about attention between devices and people.

I fabricated the controller and programmed it with a media controller Sprite for the interaction.

How might we make people aware of their relationships with loved ones and their phones? 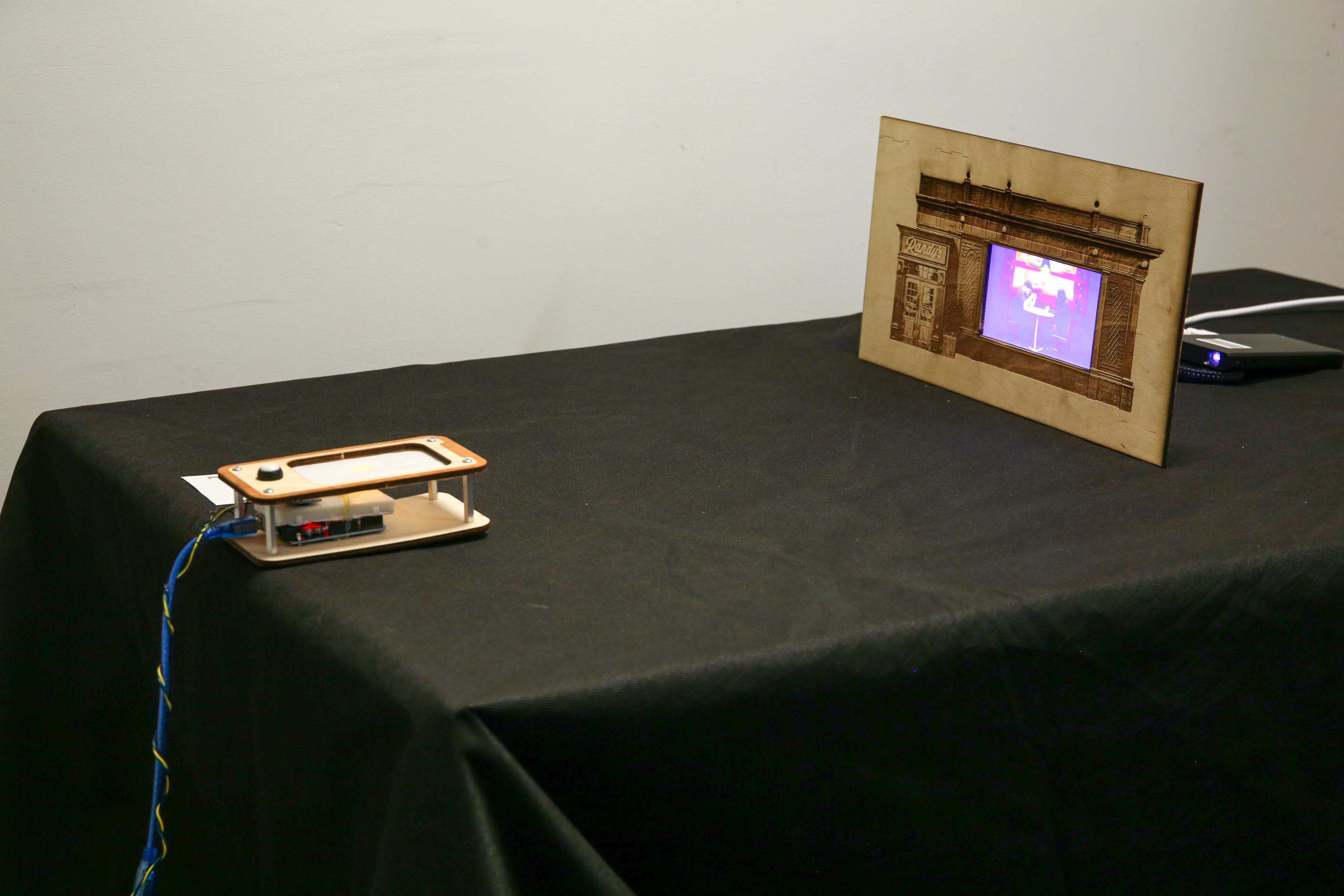 Instant gratification from phones seems to be more tempting than being present at face-to-face conversations. With constant access to the world in our pockets, where should we direct our attention while trying to be present in the moment?

We want to point out the digital culture of the phone in the form of interactive video sculpture to make people more aware of their relationships with loved ones and their phones. 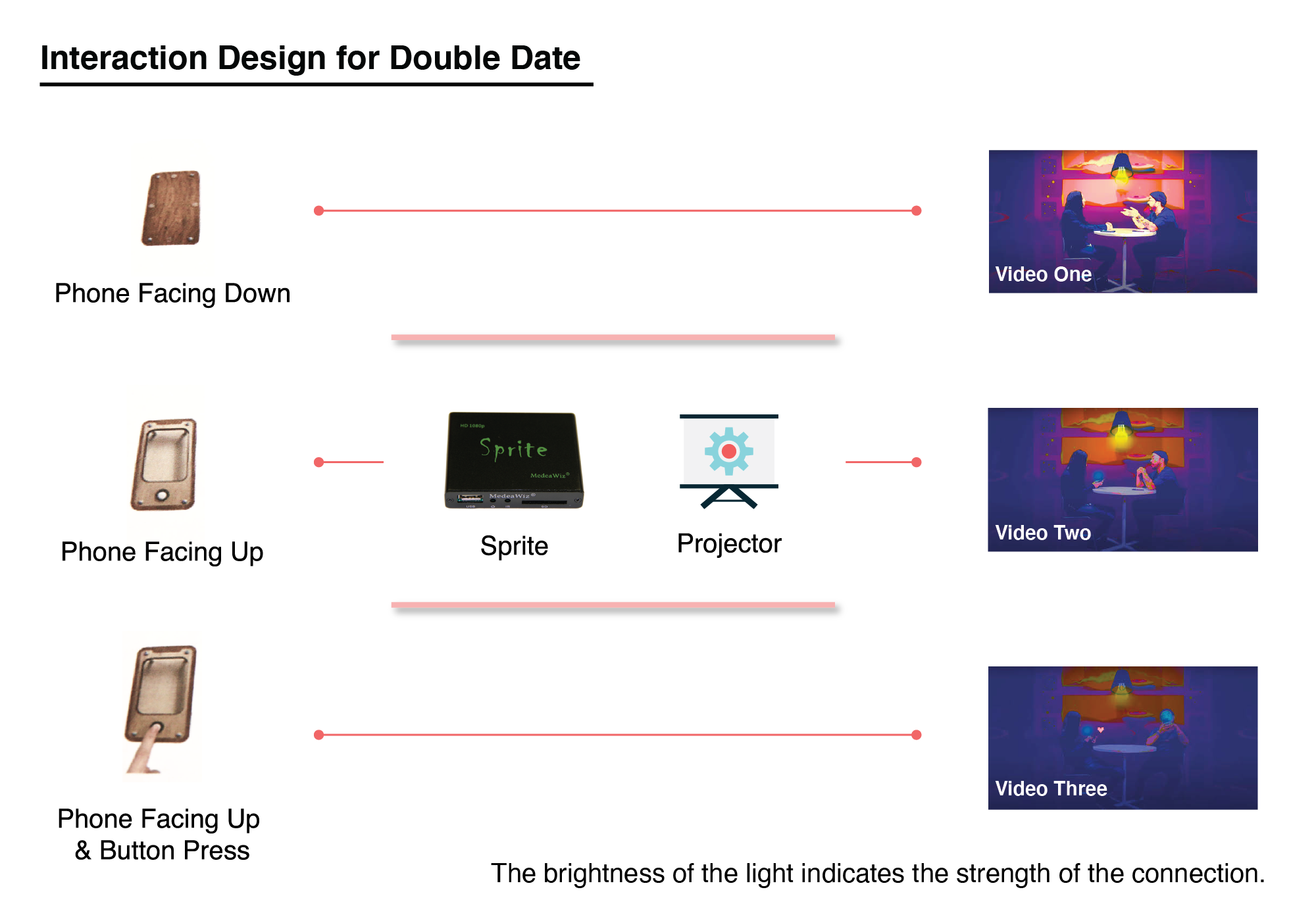 During our brainstorming process, we had several ideas, most of which are involved with people being controlled by the things they own.

Our goal is to create a portraiture in the form of interactive video sculpture. We then focused on telling a story of a modern relationship between people and their phones.

We then thought of using light as a way of representing the strength of their connection.

The video footage of the couple was created by Dina and Patrick. The background of the video was influenced by the following image from a game called the Red Strings Club.

We then created a modern dating environment using after effects as shown below. 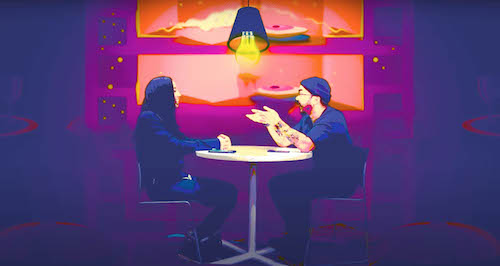 Still from video one when the couple is having a good time chatting.

Dina and Patrick worked on filming and after effects to illustrate the idea.

As the creative technologist in the team, I compiled the code for our hardware in Arduino, fabricated the phone/enclosure for the electronics, and worked with Sprite MedeaWiz (a triggered video repeater for compact video projection).

We chose to work with Sprite for our project for several reasons:

For the code, I used the Accelerometer and Arduino Uno to determine if the phone is up or down. I added the button as another condition to trigger the third video. 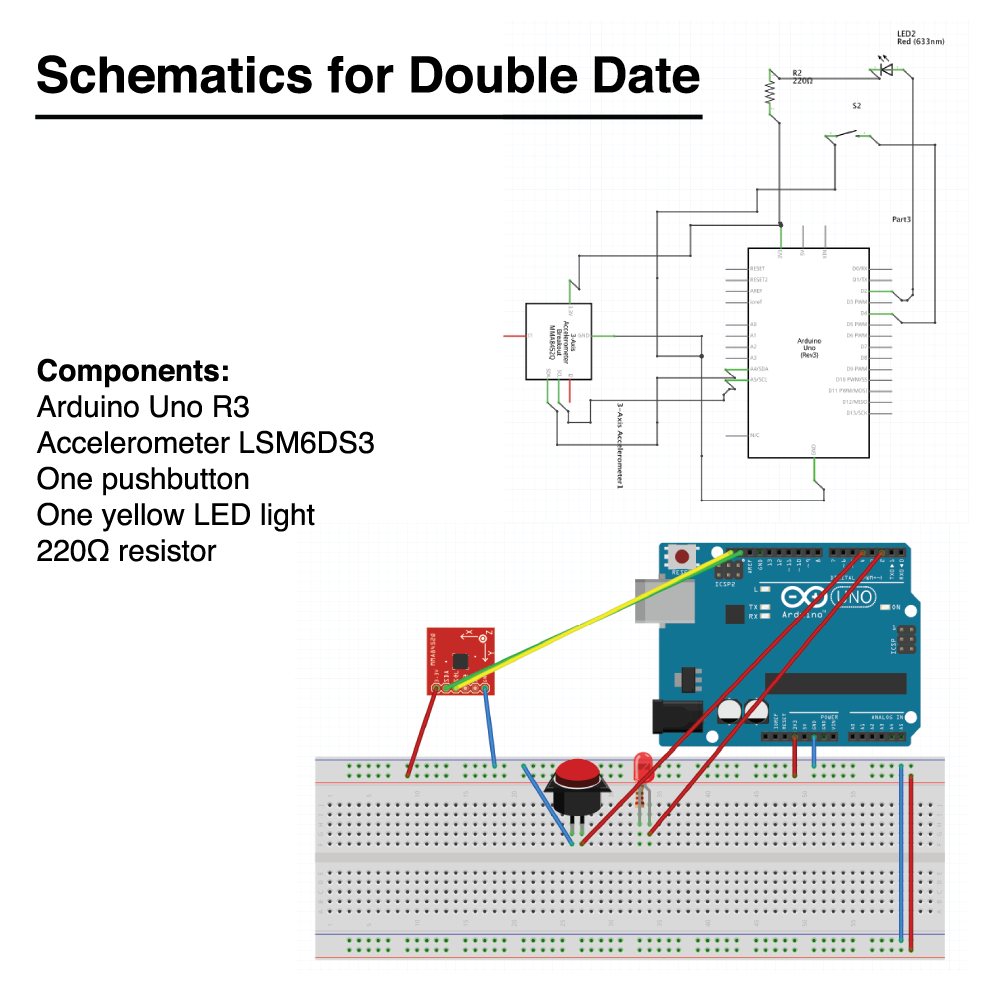 You can look at my code here . I used the library for the accelerometer Arduino_LSM6DS3.h

I fabricated the phone which functions as an enclosure as well using plywood and standoffs as below. I designed the phone in Illustrator and laser cutted it and assembled the pieces. 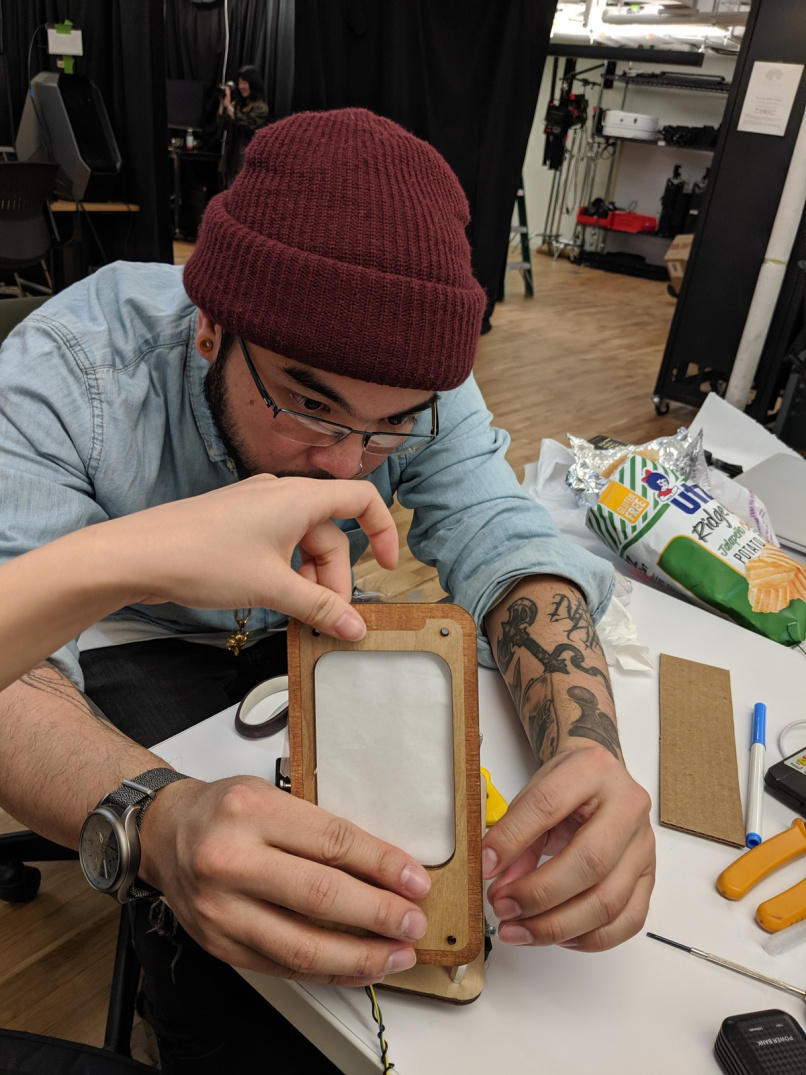 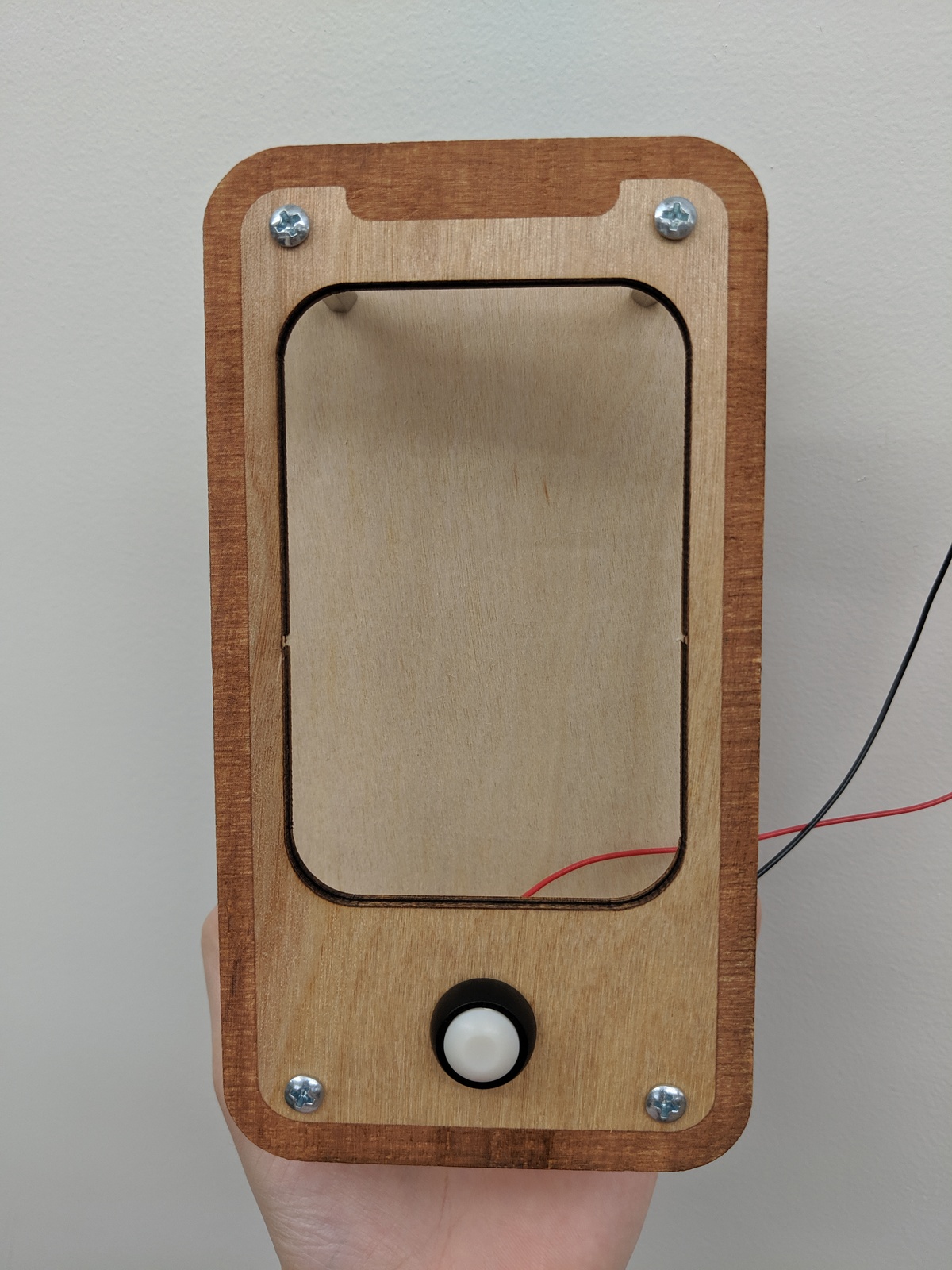 Here is our take on how a modern relationship between a couple is portrayed.

Special thanks to Patrick Warren, Dina Khalil, and Hyunseo Lee.

« Forest of Sounds Mood for Food »